Why Art Education Matters: Did you know...?

In this time of economic challenges, so many communities make cuts to their arts programs when budgets are tight. As a country, we need to recognize that arts learning is as important to students and individual development as any other subject area.

And the arts are a truly integral part of all of our lives. There are very few of us who are not using, making, listening to or watching something related to the arts every day. And in a world of rapidly expanding media and technology, the creative jobs sector is actually growing.

Here are some stats from Americans for the Arts, National Endowment for the Arts, U.S. Department of Labor, U.S. Bureau of Labor Statistics, and the Entertainment Software Association that were posted on The Incredible Art Department.

Did you know that:
* 1.25 million Americans work in the visual arts.
* One in 111 jobs is in art and design.
* The economic impact of art and design exceeds that of sports worldwide.
* The creative industries are an estimated $30 billion export annually.
* Jobs in design have increased 43% in the past ten years.
* Yearly sales of art reach an estimated $10 billion in the United States alone.
* There are over 532,000 designers working in the U.S.
* More people are employed in the visual arts than in all of the performing arts and sports industries combined.
* 200,000 people are employed in the film industry.
* People spend approximately $55 billion annually on video games.
* The computer animation industry generates $33 billion annually.
* Jobs and employment in many creative industries are growing faster than the labor force as a whole and make up 30% of the work force by some estimates.
* America’s nonprofit arts industry generates $134 billion in economic activity every year.
* By 2016, jobs for artists and designers are predicted to increase by 42%.
* Arts-related businesses in the country's largest cities represent 4.3% of all businesses and 2.2% of all jobs in the United States.
* There are 3 million people working for over 600,000 arts-centric businesses in the United States.
* Employment growth by arts-centric businesses since 2007 was 12%, more than four times the rise in the total number of U.S. employees.
* Designers are the single largest group of artists, followed by performing artists such as actors, dancers, musicians, and announcers.
* Employment of interior designers is expected to grow 19% from 2006 to 2016.
* Median salaries of: Creative Directors–$90,000, Art Directors–$86,505, Fine Artists–$48,870, Multi-media Artists and Animators–$61,555, Graphic Designers–$46,925, Set and Exhibit Designers–$49,330, Producers and Directors–$86,790, Broadcast Technicians–$40,270, Photographers–$36,090, and Film and Video Editors–$66,715.
* Wage and salary employment in the motion picture and video industries is projected to grow 11% by 2016.
* Animators, film and video editors, and others skilled in digital filming and computer-generated imaging have the best job prospects in future of the motion picture and video industries.
* There are about 94,000 computer artists and animators working in the United States.
* Jobs for photographers have increased 38% in the past four years.

So this week CELEBRATE ARTS in EDUCATION and support the arts in your school community any way you can! The ARTS MATTER!
Posted by Kristine Daniels Studio at 5:52 PM No comments:

September 12-18, 2010 has been designated National Arts in Education Week! This is a time to celebrate visual and performing arts education for students of all ages.

I feel very fortunate to be teaching students in my hometown about what I love most: ART! I wouldn’t be an artist and teacher today if I hadn’t had a chance to learn about the arts when I was young.

When I was growing up, there were many teachers that helped me learn about the arts and influenced my life, even to this day.

Mrs. Harding was my art teacher at the Acushnet Elementary School. I still have some of the projects I made in her class!

The very talented and patient Dianna Couto gave me oil painting lessons from around age 10 through age 15. My high school French teacher Pierre Paquin taught me about art and music history and brought our group to my first-ever Broadway show. In college, Dr. Theodore Davidovitch allowed me to sing with the Chorale at W.S.C. We even got to travel and perform in Europe one semester.

Walter Korzec was hands-down my most supportive college art professor and one of my teaching role models along with my cooperating teacher Diane Allen at Juniper Park School in Westfield, MA. And of course, I can’t forget that during my childhood, my parents made the effort to bring my brother and sister and me to all sorts of museums, including the Boston MFA (even though I cried because I was afraid of the mummies)!

There have been many other people and arts educators in my life who’ve made me the artist, musician, teacher and person I am today--and I’m still learning!

So today, thank a teacher you’ve had in your life, and thank your administrators and school committees that support these programs because they know THE ARTS MATTER!!

For more information, the web sites below explain how and why arts education and experiences are important for all students.
Arts Action Fund
National Arts Education Association
ArtsUSA
Why the Arts Matter from ARTSEDGE
...but Don't Forget the Arts from ARTSEDGE
Americans for the Arts

And for more about supporting arts education, check out this informational flyer from the NAEA: 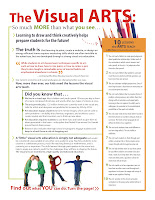 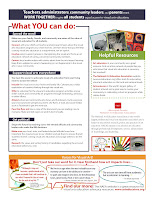 FYI- In support of Art Ed., I have posted this same entry on my classroom and studio blogs!
Posted by Kristine Daniels Studio at 9:21 AM No comments:

It still feels like summer here in southeastern Massachusetts but autumn is close by. I feel it in the cool night air and see it in the late summer flowers that finally turn bright colors of orange, gold, and maroon. Artists are often inspired by nature, and I am grateful to experience four beautiful seasons where I live. I've chosen some of my favorite art works that are beautiful examples of how artists have expressed this season. Enjoy and be inspired! 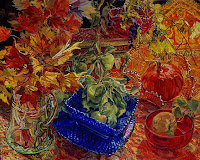 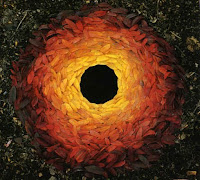 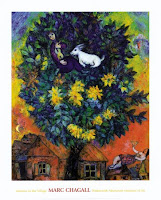 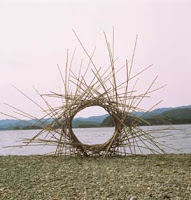 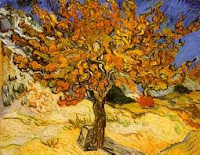 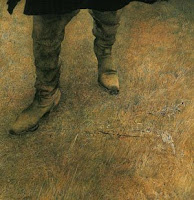 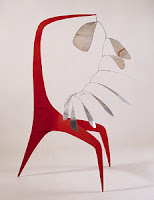 My Autumn
Georgia O'Keeffe, 1929
Posted by Kristine Daniels Studio at 8:55 AM No comments: