Saturday, Oct. 1, 2011 was Manjiro Festival Day in Fairhaven and I had my book table set up in our beautiful town hall. This festival has become a unique tradition in our town and it was great to be a small part of it.

The Manjiro Festival celebrates Japanese-American friendship and is named for John Manjiro (Nakahama) who was the first Japanese person to set foot in the United States. In 1841, 14-year-old Manjiro was shipwrecked and rescued by Captain John Whitfield of Fairhaven, MA. Whitfield brought him back to Fairhaven where Manjiro was educated and lived in town with the captain's family. He eventually returned to Japan and became instrumental in the Japan-United States Friendship Treaty.

The festival has great food, crafts (both Japanese and American items) demonstrations, music and more. This year over 100 visitors from Japan traveled here to go to this festival and walk the Manjiro Trail. Next year the festival will be held in our sister city Tosashimizu, Japan, so your next chance to go in the U.S. will be in 2013.

Margi Preus, author of Heart of a Samurai, traveled to Fairhaven as well to give an author lecture and sign books. This is a top-pick Newberry Honor book for middle grade readers that tells the story of Manjiro.

In the meantime, here are a few pictures I snapped.  An added perk of being set up indoors due to impending rain was getting to see and hear the amazing percussionists of Odaiko New England (Taiko drummers) who performed twice in the auditorium... 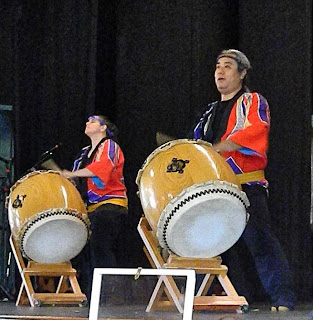 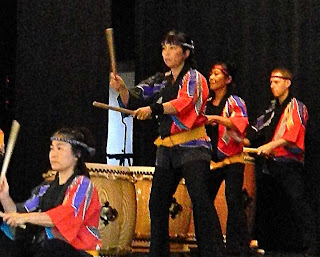 Posted by Kristine Daniels Studio at 4:56 PM No comments: