Day 3: On the Waterfront

Day 3 of Drawn to the Sea began with a presentation by artist/educator Peter C. Stone focusing on symbols and mythology in art and how that is tied to nature and human beings. We were able to see in person some of the original paintings featured in his book Sanctuaries, and he also discussed how he writes and journals to help form his artistic ideas. We were given several points to consider as we headed out to the New Bedford waterfront to explore, draw or write. Peter suggested to hold off taking pictures until we’d had a chance to draw and experience what we were seeing first. And so we got all of our gear together and set off. 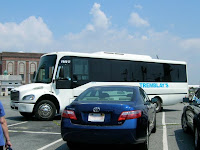 Today it was slightly cooler outside, and we got to travel in style in a fancy bus with A/C! We arrived at the Waterfront Visitor’s Center at Pier 3 and Jack Crowley gave us some info about the working waterfront, which seems to me is like a huge machine working simultaneously with nature and the environment. 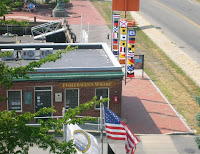 The Visitor’s Center, which was the long-time fishermen’s auction house and later the harbor master’s headquarters, has some great history and information about the fishing industry which is still such an important part of our area’s economy and environment.

A few of my classmates and I started out by going to the top of the pedestrian walkway next to that building. You can cross Rte 18 and walk over to the historic downtown area from there, but we were there for the view. Looking across I could see the hazy skyline of Fairhaven and the many fishing boats in port and moving on the water. I could also see the masts of the Schooner Ernestina, and that’s where we headed next. 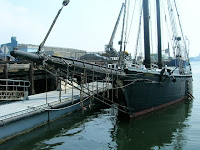 Just a short walk and I boarded the old vessel which has been partly restored. A guide pointed out to me these amazing prisms that were embedded into the ship floors and such to reflect light in the cabins. I also noticed how amazing it was that some of the same technology and hardware that was used a hundred or so years ago is still relevant and operational today. I have been thinking about ocean and ancient connections, so that was another little revelation. 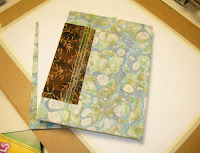 I sat in the shade on the dock near the Ernestina and instead of sketching I wrote a myth which is a personal allegory of my connection to the ocean. It evolved pretty quickly in my head, and I had to get it down some where, so I am grateful for these beautiful journal sketchbooks we were given to do so. I think I may turn this writing into a handmade book, which Ginny Freyermuth showed us how to make yesterday.

Back in class, we had some studio time, and then another presentation from Peter Stone who posed some seriously deep questions related to how art can be a real language, a language made entirely of symbolic images. Symbols can also have multiple meanings and layered meanings, many of which are rooted in ancient and indigenous traditions. Peter is a wonderful storyteller and so knowledgeable about this topic; but he is also generous in sharing what he knows, how he creates, and and how symbols are woven throughout his artwork.

Peter also talked about how everything on our earth is connected both spiritually and scientifically when we consider how life follows a cyclical pattern. I was very intrigued in the idea that every part of the organic world is connected, but also that how we create art can be approached as a cyclical evolutionary process. Peter shared some of his sketchbook journaling process with me and encouraged me to try writing down dreams or ideas right away, at any moment in a journal that I keep ready. I think I’ll try that!

So Day 3 went by even faster than the first days, which I didn’t think was possible, and tomorrow we are going back to New Bedford to the Ocean Explorium where we’ll visit some of the creatures in Ginny’s photos from Day 1, and a special visit to the New Bedford Art Museum where we’ll get to the the John James Audubon exhibit. For now, I am going to work on some beading for my weaving and some sketching for a triptych which I am creating from some of my Fort photos-- oh, and sleep somewhere in there!
Posted by Kristine Daniels Studio at 7:03 PM